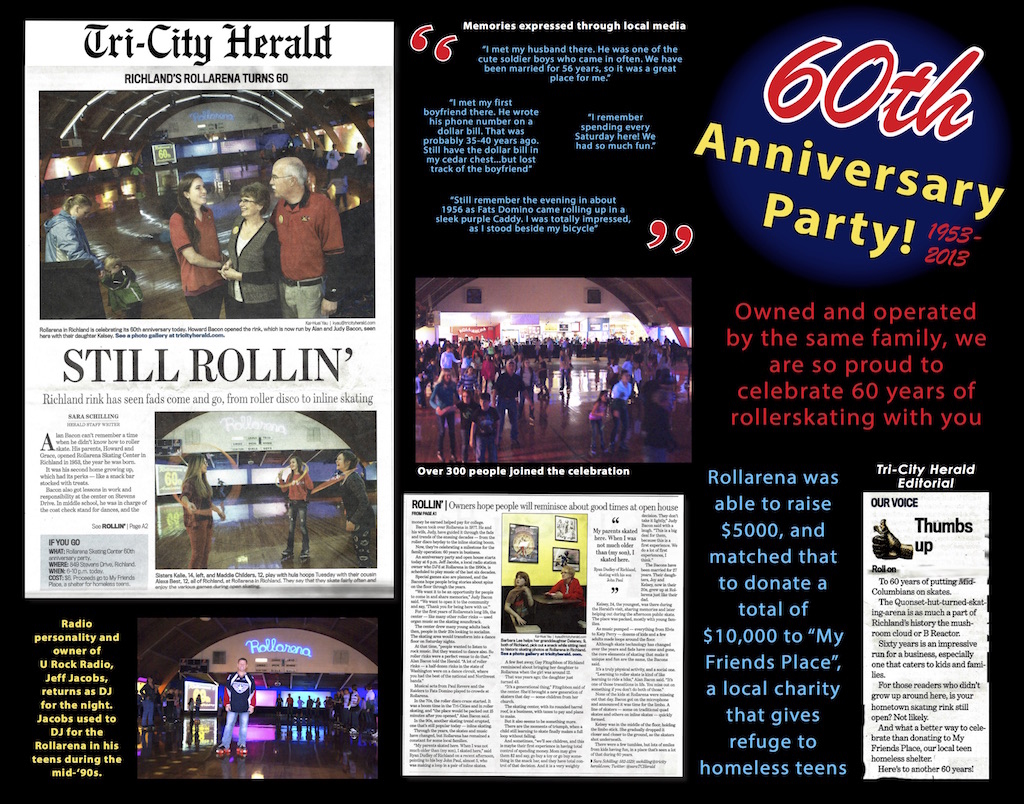 During the Christmas season of 2013, Rollarena celebrated its 60th anniversary. Scores of former skaters returned for a night of nostalgia. One person even skated with his skates he had purchased in the early ‘50s. Jeff Jacobs, independent radio station owner and former Rollarena DJ, return to play the tunes. And $10,000 dollars was donated to My Friends Place, a homeless shelter for Tri-City teens. Enjoy some of the still visuals and video from all the major Tri-City media outlets.